Londolozi the Social Enterprise - A Quiet Global Force for Good

Londolozi has been an enduring campfire story spanning over 90 years . . . Authentic and original, the Protector of all Living Things.

Since the Varty family founded Londolozi Game Reserve in 1976, their mission has been to systematically work towards creating a conservation development model as a force for good for social upliftment, wildlife protection and ecological best practice. In this regard, the Londolozi Model was instrumental in becoming the blueprint for setting conservation and tourism policy in the Mandela government. The Londolozi Model was also the founding principles upon which foreign investors of reference committed themselves to the establishment of Conservation Corporation Africa in 1992. This company, now known as &Beyond, continues to this day to operate in Africa, India and South America on the same founding principles of the original Londolozi conservation development model. More recently, since the Varty family’s return to operations in 2007, the impact of the Londolozi Model has grown exponentially in spreading its original mission of 1976 onto a wider front. The projects initiated, since the family’s return, are still founded on the principle of thought leadership in step with future trends. In this regard, Londolozi is well advanced in establishing a blueprint for village life in harmony with nature underpinned by modern technology and new systems for living. To visit Londolozi is to experience something far beyond safari in Africa. The new frontiers of the Londolozi model include emotions, passion, participation and consciousness in the belief that there is a growing search for reconnection back to nature amongst the discerning travellers of the world. Londolozi is a work in progress to better understand these needs and how to meet them.

As part of its mission to be a force for good, Londolozi has been the founder/funder of the Good Work Foundation, establishing training and capacity building campuses and learning centres in eastern rural South Africa. This project has been undertaken in partnership with the government’s formal education structures and is proving to be an extraordinarily successful learning model, expanding exponentially each year bringing access to world class education for a growing number of learners in the rural landscapes of South Africa. By 2020, together with its partners in Sabi Sand and elsewhere, Londolozi will have been the founder moving spirit in bringing to, upward of 26 500 students living in the neighbouring villages of the reserve, possibilities for advanced digital learning.

Londolozi continues, through its visiting guests and other influences, to be a catalyst for change in education, with the objective of preparing students for the needs of a third industrial revolution, when the skills requirement of the individual will be vastly different to the needs of today.

Conservation, since its inception has been a central tenant of the Londolozi Conservation Development Model. It would be true to say that this model has inspired others to create similar safe havens for wildlife, both in Africa and on other continents. Whilst the popular narrative is to believe that conservation is on a one-way ticket to destruction, a closer examination of the facts suggests that there are a growing number of examples where safe havens, for rare and endangered species, are being successfully established founded on the original principles of the Londolozi model – “care of the land, care of the people, care of the wildlife”. Phinda Reserve in Kwa-Zulu Natal, originally funded by the Getty family, comes to mind as a shining beacon of success in conservation where not only the rare black and white rhino thrive in safety, but the economy of the surrounding communities in that area have been significantly improved. These pockets of light can be found all over the globe, such as the Caiman Ecological Refuge, once a cattle ranch in the Pantanal, Brazil, and now one of the best places in the world to view wild jaguars. This is an example of guests visiting Londolozi and being inspired to set aside a portion of their land as a safe haven for the endangered species of the area. This model has grown in stature and continues to thrive to this day. We pay tribute to many of our colleagues in the industry who have made extraordinary strides in promoting enduring conservation development models, which in some way reference Londolozi’s original blueprint of 1976.

As South Africa’s democracy matures, we continue to make Londolozi available as an advocacy model to government, business and community leaders for considering original ways to advance the green frontiers of land under wildlife in the formation of partnerships linking land, capital and people together in innovative ways which brings benefit to all whilst preserving South Africa’s unique indigenous landscapes. In this regard Londolozi has been a moving spirit in promoting the idea of a Corridor of Wildlife which would link the mighty Kruger National Park to the Blyde River Canyon. The vision is that along this Corridor, entrepreneurs, inn-keepers and young learners would benefit from the possibilities that a thriving Economy of Wildlife offers to the people of the region. This vision is underpinned by the Londolozi Working Model which demonstrates daily the social, economic and ecological benefits which flow when partnering with nature.

The importance of ancient indigenous wisdom has, since our arrival on this land in 1926, been honoured. Tracking of Africa’s big cats resides within the DNA of Londolozi, particularly in regard to enabling our guests to enjoy unprecedented viewing of these great cats. In recognition of the importance of the ancient craft of tracking, Londolozi supported the establishment of a field Tracker Academy in partnership with the Peace Parks Foundation. This academy has been operating at Londolozi since 2010 and boasts over 100 graduates, many of whom now have enduring careers within the growing safari and guiding industry. Indeed at Londolozi, several of these graduates have advanced their skills from tracking to guiding and more recently storytelling to global markets.

The Leopards of Londolozi

You have been successfully subscribed.

What our guests say

Download our travel app for information about your stay at Londolozi, a wildlife checklist, camera equipment rental facility and the latest Londolozi blog stories.

From The Blog  See All 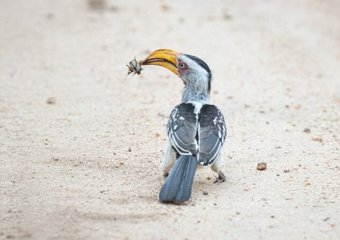 Why I’m Envious of a Beetle 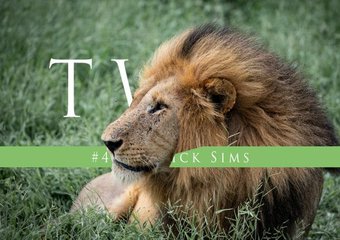 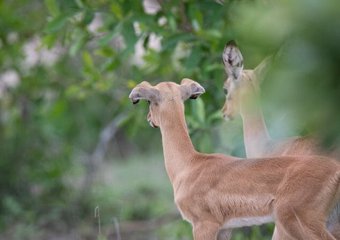 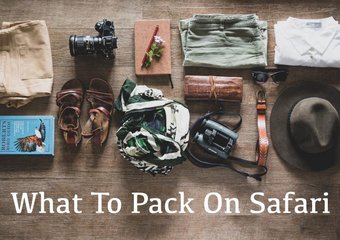 What to Pack for a Safari? 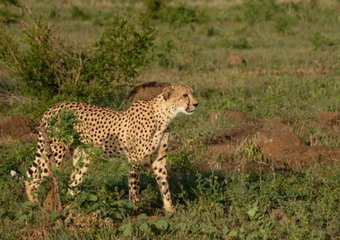 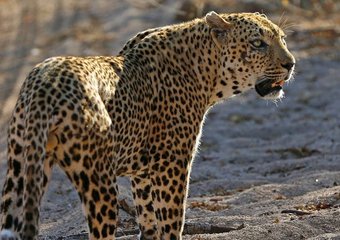 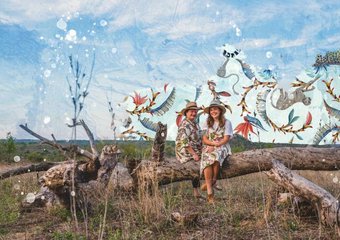 Ardmore at Londolozi: The Bush Through An Artist’s Eyes 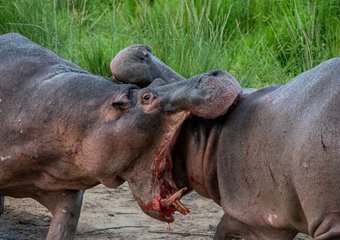 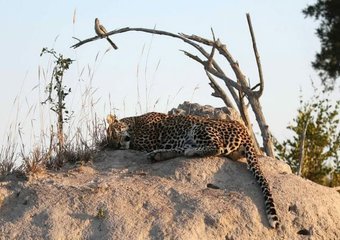 The Bird’s Eye View Of The Bush